next year, the XIV SIICA national meeting will be held on May 22-25, 2023, at the Polo Zanotto, University of Verona.
It is the same venue that hosted a SIICA national meeting in 2003.
Therefore, for the role I hold, as well as to celebrate a sort of anniversary, I proposed Verona to the SIICA Board as the location for our national congress. Verona is a fascinating city, rich in culture and historical places to visit, other than being at 20 minute-drive from the Garda Lake, which in May reveals itself in all of its splendor. Food and wine are excellent and known all over the world. In addition, Verona is very well connected to all Italian cities by train and flights, which will certainly facilitate the participation of as many SIICA members as possible. Last, but not least, the congress venue is in downtown, easily reachable by public transportation and close to a large car parking lot, in the middle of a university campus, rich of close-by bars and cafes, and only at 10-minute walk from the downtown pedestrian areas. After marvelous Napoli, we believe that Verona may represent an ideal venue to gather again and enjoy the meeting.

Obviously, the Scientific Committee is at work to prepare the program, which will include Keynote Lectures, Topic Symposia, Joint Symposia (this year with SISA and SIAAIC), Sponsored Scientific Symposia, Company Roundtable Symposia and many Workshops. Similarly to what done in Napoli, oral presentations by young scientists will be scheduled not only in Workshops, but also in Symposia. Finally, two Poster Sessions in prime time are planned, with plenty of time for discussion. Furthermore, the SIICA Board and the Junior Faculty will present their initiatives in dedicated time slots, hoping to attract the interest of whoever is willing to get involved. At the same time, we will make sure not to overload the daily schedules. Last, but not least, a relevant number of travel grants as well as our traditional prizes will be awarded to young SIICA members.

Concerning the speakers, we can anticipate the participation of Federica Sallusto, Jenny Mjosberg and Florent Ginhoux, the latter as an EFIS lecturer and recipient of the EFIS Medal. More information will soon be announced on the meeting website.

I very much look forward to welcoming you in person, next May, in my beloved Verona.

For hotels and other kinds of accommodation located near the Congress Venue or in the city centre, please access to the below system available 24 hours a day. Secure payment process, instant confirmation of your reservation and descriptions, photos and maps will help you to choose the perfect hotel and best solution for your stay.  Participants can book accommodation on their own via the provided link below:

Don’t miss the chance to play your role in the next SIICA Congress 2023, submit your Abstract, you could be the winner of the BEST ORAL COMMUNICATION OR POSTER AWARDS!

To support the participation of young SIICA members to the national congress, SIICA Council will offer travel grants to cover the travel expenses and/or the registration fee.

The application must be sent by e-mail to siica.amministrazione@siica.it . 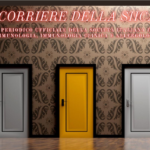 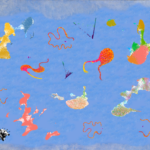 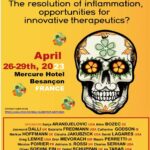 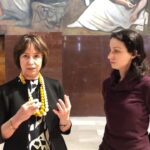 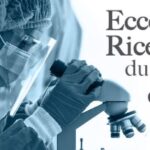 Italian or foreign scientists with interests in Immunology, Clinical Immunology and Allergology and belonging to organizations or associations interested in these subjects are eligible to join the Association as SIICA members.